Here are the latest open beta builds for the OnePlus 8 and OnePlus 8 Pro. Changelog of Latest Oxygen OS Open Beta 2 System Optimized some UI display in Settings Fixed the low probability issue that widgets did not respond Fixed the failure to wake up Google Assistant in some cases Fixed the issue that the HD icon on the call log interface was not centered Fixed the black screen issue when user entered “Tips & Support” interface Improved the … Read more 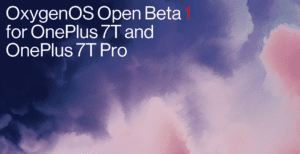 OnePlus has been relentless with software updates for the OnePlus 6, a phone that launched in June. The flagship smartphone was the first outside of Google’s own devices to receive the Android 9 update and the company is continuing to enhance the user experience through the beta program. In that regards, OnePlus has rolled out OxygenOS Beta 4 for OnePlus 6 users and the new update brings a number of improvements and as usual bug fixes. You can see the … Read more