On-page SEO is so much more than relying on keywords to get your site noticed. While SEO is still an important aspect of gaining and maintaining consumer interest, there are other areas of on-page optimization that matter just as much. To become proficient at optimizing web content and ranking higher in search engines, you need to work the HTML source code to your advantage while staying consistent with the keywords and images you use that help you gain traction. Although … Read more

For the past few years, you’ve probably seen those boxes containing information on the top of the search results. These are called featured snippets and are a special preview of information provided in organic search results on Google. Because they appear on top of the search engine result pages, featured snippets offer an excellent opportunity for better traffic and are essential to your content marketing platform. Ranking for a featured snippet is sometimes more helpful for driving traffic to your … Read more

Never miss a moment with Google Camera, and take fantastic pictures using features such as Portrait and Night Sight. Features• HDR+ – Take pictures using HDR+ to capture fantastic photos, especially in low-light or backlit scenes.• Night Sight – You’ll never want to use your flash again. Night Sight brings out all the best details and colors that get lost in the dark.• Super Res Zoom – Super Res Zoom keeps your pictures sharp when you zoom in—without the blur.• Top Shot – Pick the perfect moment with … Read more

The Oneplus 7 and 7 Pro flagships launched successfully and are now available on sale. While the OnePlus 7 feature all the latest hardware and software specifications, they still lack behind when it comes to the camera. According to some reviewers, the OnePlus 7 and 7 Pro camera is not up to the mark and may not be as competitive to other OEM in the market such as the Google Pixel 3, Samsung Galaxy S10, Huawei P30, and more. That … Read more 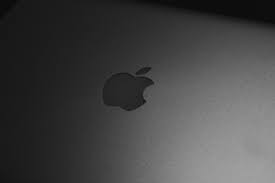 Samsung will release the Galaxy Fold next month. The foldable display panel for this innovative new device is made by Samsung Display. The company already has a significant position in the mobile OLED display market and it’s now looking to win customers for foldable displays as well. According to a new report out of South Korea, Samsung Display has sent samples of foldable display to Apple and Google. This doesn’t mean that those companies are planning to release such a … Read more

Google Chrome 73, scheduled for release next month, will be the first version of Chrome that will officially support the multimedia keys that some users have on their desk and laptop keyboards, ZDNet reports. From the report: Support for multimedia keys will initially be available for Chrome on Chrome OS, macOS, and Windows, while support for Linux will come later (unspecified date). Users will be able to control both audio and video content played in Chrome, including skipping through playlists. … Read more