After more than bit of delay, to put it gently, Google has finally gotten around to doing what Apple managed to deliver months ago. The search and content giant is now offering 4K upgrades free-of-charge for all its SD and 1080P HD titles as they become available in UHD. In other words, as of now, those of you with Google Play Films accounts who have a collection of movies in the Play Movies & TV apps on your UHD TVs … Read more

Google officially announced the final version of the Android 9 Pie operating system on August 6, 2018, and it was first made available for the company’s own Pixel series of smartphones. The company’s recently launched the Pixel 3 and the Pixel 3 XL, which are also running on Android Pie, but what about the rest of the phones? One does wonder when the latest OS update will be made available for their devices. To make this easier, here’s a tracker that should … Read more

The launch of a big Windows 10 update like the October 2018 Update isn’t the end of a process — it’s really just the beginning. As soon as a major update is released, Microsoft quickly gets to work on improving it by fixing bugs, releasing security patches, and occasionally adding new features. Here we’ve summarized what you need to know about every Windows 10 update being released to the public. First come updates to the currently shipping version of Windows … Read more 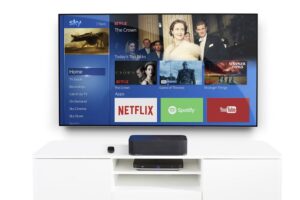 Sky Q customers will get Netflix integration from November. Announced at the beginning of March, Netflix will be added as an app on Sky Q boxes. Netflix content will also appear throughout the Sky Q user interface as long as you subscribe to the streaming service through Sky’s new package. Sky will launch its Ultimate On Demand bundle in November, which includes a monthly Netflix subscription and Sky Box Sets – the firm’s own on demand service that offers 400 … Read more

Welcome back to our weekly Top 10 Android App Updates column, where we take a look at the most frequently upgraded apps for the week. We’ve found that one of the best ways to discover useful apps is to find the ones that are actually being updated by the developers rather than selecting the apps with the most installs. As in the past, we’re going to filter out minor updates for the super-popular apps that have over 10 million installs, but we’ll make … Read more