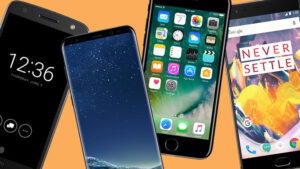 Razer was first to the pass with its ‘gaming phone’, the originally titled Razer Phone, which launched in 2017. Just shy of one year later and the Razer Phone is back, in new form, in the even-more-originally-titled Razer Phone 2. Yep, the sequel is here with even more power, a brighter screen (it’s still 120Hz fast-refresh, of course), a glass rear and wireless charging, plus Razer Chroma LED logo for a look unlike any other phone on the market. But … Read more

Razer recently confirmed that it’s working on a new Razer Phone, and now we know when we’ll get to meet the device. Razer today sent out Save the Dates for a “FLAGSHIP // GAMING” event on October 10. While the company doesn’t straight up say what it’s planning to announce, we can see the outline of a phone around the Save the Date, suggesting that a new Razer Phone will be the focus. It’s unclear what features the Razer Phone … Read more